Once We Had a Country

In the summer of 1972, Maggie Dunne leaves the United States to settle with her boyfriend, Fletcher, on a farm near Niagara Falls. They’ve made the journey to keep him out of the draft, but they also have loftier plans—to start a commune and work the land.

As the summer passes, Maggie is haunted by the lack of word from her father, a missionary in the war-torn jungles of Laos. Then the US government announces the end of the draft, and Fletcher faces pressure from his family to return home. More people arrive at the farm, but they aren’t who anyone expected. Tensions threaten the commune, the neighbours are hostile, and Maggie finds herself negotiating the gap between ideals and reality, between who people want to be and who they actually are.

Just as her new life seems on the brink of falling apart, Maggie receives word from Laos that her father has disappeared. Suddenly, her future depends not only on keeping everyone at the farm together, but also on discovering the truth about her father’s actions and beliefs in the days before he vanished.

Read the opening scene of Once We Had a Country here.

Read a Q&A with Robert McGill about the novel here.

Read a deleted scene from the novel here. 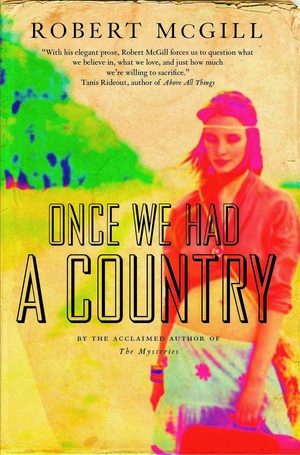 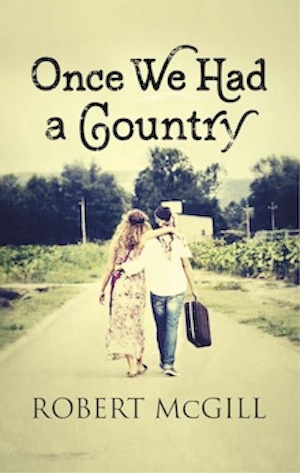 "Nigh-on flawless. . . . One of the most original and emotionally affecting Canadian novels of recent years."

"Once We had a Country is a wonderfully sustained performance, thought-provoking and emotionally truthful."

"An immersive and harrowing tale."

The Globe and Mail

"The powerful, sad, and touching story of a young woman trying to make her way in a foreign land."

"Beautifully written, perceptive, and shot through with the courage, wonder and ultimate decisions that a generation had to make, Once We Had a Country is an indelible Canadian novel."

“With his elegant prose, Robert McGill forces us to question what we believe in, what we love, and just how much we’re willing to sacrifice.”

Tanis Rideout, author of Above All Things

"Once We Had a Country explores the hubris of missionary work and the naiveté of living off the land. The predicaments of a father and daughter illuminate the troubles that can plague our efforts to encourage love. Robert McGill examines the inner workings of the outsider’s life, both here and abroad. A complex and compelling read.”

“Like a troubled dream I couldn’t shake, Once We Had a Country drew me in and held me captive. Robert McGill’s characters took up residence in my heart with all their baggage. They’re still there.”