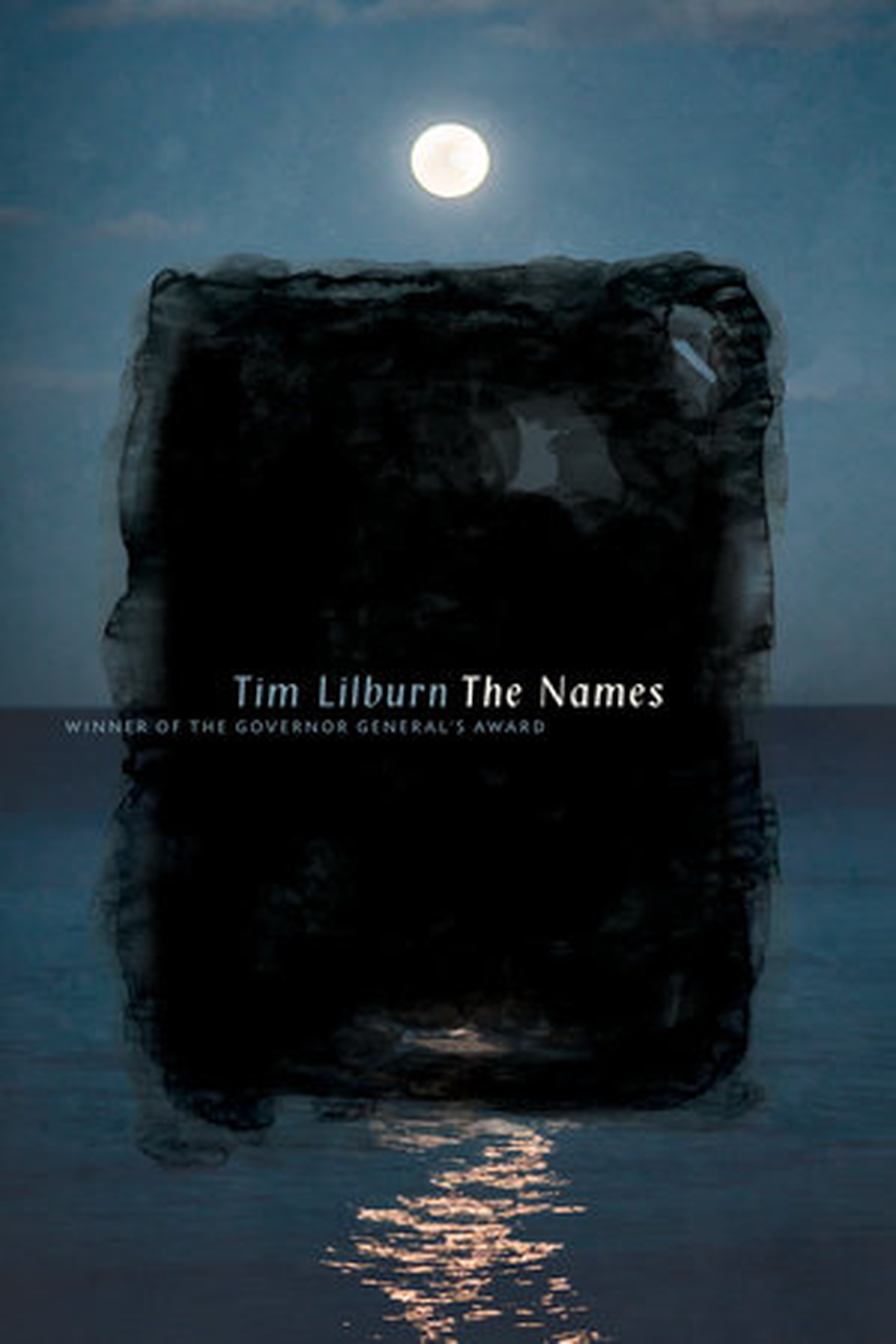 Review of Tim Lilburn's The Names and Matt Rader's Desecrations

I read Tim Lilburn’s The Names at the same time as I was midway through watching the new season of Twin Peaks, and the juxtaposition of experiences proved to be serendipitous. David Lynch and Mark Frost’s series is art-house cinema come to serial television. Ostensibly a story of the Pacific Northwest, it’s more thoroughly an attempt to make the phenomenon of watching television strange again, as scenes of visual and auditory marvels are accompanied by a myriad of narrative opacities, compelling us to surrender our efforts to figure out what’s going on and to recognize, in our act of looking, how the desires, expectations, and lacks of knowledge we bring to the screen inform our reception of the text. This new Twin Peaks features familiar figures from the original show, but there’s also a phantasmagorical parade of outlandish, sometimes wraith-like characters doing and saying enigmatic things—when they speak or do anything at all. It’s not just that viewers are liable to finish each episode feeling, as T. S. Eliot put it in a different context, that they “had the experience but missed the meaning.” It’s that the sense of missed meaning is a key part of the experience.

Tim Lilburn does something similar in The Names. The book lives up to its title: the poems are chock-a-block with the names of people and places. But the poems are restless, seldom settling on anyone or anywhere to whom or to which a name attaches. This restlessness produces remarkable effects. For instance, several poems deal with the speaker’s childhood in Regina, and figures from that time and place recur, including someone named Wilfrid or Wilfred whose armed robbery of a nightclub is repeatedly referenced, but the figures remain at a distance to the speaker, and they seem to have been that way even in his youth. Consequently, the Regina poems feel more like the work of a lifelong overhearer of other people’s anecdotes than an engagement with those people’s lives directly. It feels right that in one of the poems, “Rosemont,” the speaker’s travels through memory are staged as a ghostly act of floating over the neighbourhood in which he grew up.

There’s a similar spectrality in the way Lilburn invokes the names of authors and artists. Some of the poems are packed with references: in a mere nineteen lines, for instance, “Black Hut” names Gershom Scholem’s Major Trends in Jewish Mysticism, James Clerk Maxwell, Hector Berlioz’s Symphonie Fantastique, Leonard Bernstein’s version of the Symphonie, and a 1995 book, The True Spirit and Original Intent of Treaty 7. Throughout The Names, saints, mystics, and theologians are especially prominent: among them, Ibn ‘Arabi, Gregory of Nazianzus, Basil the Great, Marguerite Porete, Marguerite-Marie Alacoque, George Gurdjieff, Richard Rolle, John of Ruusbroec, Rose of Lima, and Abraham Abulafia. Insofar as The Names at times resembles Lilburn’s spiritual autobiography, these names suggest a life of studious engagement with religious figures. The names promise, moreover, that an analogous engagement with these figures would be a fruitful endeavour for readers with the time and inclination, especially if they wish to appreciate Lilburn’s poem’s intimately. For those who remain unfamiliar with the figures, the names only connote systems and histories of religious belief that inform Lilburn’s work but that he isn’t at pains to explicate. He’s no straightforward exegete in the poems, and he’s no evangel. The poems offer readers a glimpse of another person’s sense of mysteries but not a primer on the nature of the mysteries themselves.

Likewise, Lilburn himself remains elusive as a subject. Although several poems in The Names offer seemingly autobiographical details, they can hardly be considered confessional in a secular sense. They do, though, suggest a longstanding attraction to asceticism: in one poem, “That Time,” the speaker recalls that after first reading the work of mystics, “I slept on the floor the rest of the summer, / my belt tightened hard around my chest.” Various poems set in more recent times feature the speaker living hermitically in huts or scouring the forests of Vancouver Island to strip them of invasive species such as English ivy and Scotch broom. In such moments, it becomes apparent that Lilburn’s commitment to decolonization and environmental conservation has become entwined with an abiding devotion to hard, humble work.

As a labourer with language, Lilburn is less ascetic, more willing to play with words in the pursuit of an idiosyncratic lyricism. To that end, he takes risks with punctuation, syntax, and word usage. Consider these lines from “Deer Place Hut”:

Lean over The Great Code

where it lies in the rot on the desk,

as if hatcheting in crows and flickers

on the west side of the mountain, all raccoons,

above it, the very book,

the writing in the book.

The phrasings are rich, strange, and a long way from straightforward. Such passages suggest that Lilburn’s poetry has come into being not just through confrontations with mysteries but also through a mode of thought and articulation that has been deliberately torqued clear of conventions in order to engage more closely with those mysteries.

In Desecrations, Matt Rader’s love of technical language’s specificity likewise makes the poetry feel fresh, especially in poems that turn to the vocabulary of the natural world—a world of salmon redds and badger setts that is likely to seem weird and wonderful to the urban ear. Meanwhile, Rader shares Lilburn’s keen metaphysical interest: as the title of Desecrations indicates, there’s a persistent focus on the sacred, whether it’s people harvesting cranberries in the Fraser River delta, whom Rader calls “sacristans,” or ice fishers who, he implies, are keepers of a mythic tradition of hibernal rituals. The fishers are also fellow travellers of poets, who are, by implication, likewise engaged in sacred work.

The opening poem in Desecrations introduces us to the idea of translation as desecration, as Rader presents his English version of the opening lines of Dante’s Inferno, rendered with such playfully modern phrasings as “Just speaking of it now gives me the willies!” and “I was bushed, / Blotto, ready to rack out when I strayed.” In a later poem, “Homer,” Rader once more brings a contemporary voice to a classical antecedent: describing Achilles and Hector’s race around Troy, he recasts the pair as “the two psychos.” The fun with epithets continues when Rader revisits the Iliad in “The Assassination of Achilles the Cruel”: Hermes is called the “junior bagman / For the family business,” while Priam is referred to as “the hillbilly king.” These moments are delightfully sharp and comic, but they aren’t really desecrations. Rather than defacing Homer, they honour and accentuate the extant crackle of the Iliad’s archetypes. Indeed, despite what the title of Desecrations might seem to promise, Rader is a deeply respectful poet, a devotee of a poetic tradition that, as the poems assert through allusions and quotations, runs from Homer through Dante to W. B. Yeats, Wallace Stevens, and Frank O’Hara.

Yeats is most prominent in Desecrations in poems detailing a twenty-first-century trip to Ireland that involves the speaker reckoning with his ancestry, his present-day life, Irish history, and Irish literature. How we’re to read these poems in conjunction with Rader’s recurring Homeric engagements is left for us to decide, but the connections between Ireland’s sometimes-militarized struggle for independence and the Trojan War are there to consider. Similarly, there are links between those conflicts and Rader’s attention in other poems to the violent colonization of the Americas. One of the most powerful poems in Desecrations is a found poem, “From Treaty 6, Fort Carlton, Fort Pitt, and Battle River, 1876,” that lists the farming implements promised to the Cree, including a hand-mill for any band that was able, as the poem’s last line suggests with substantial irony, to “raise sufficient grain therefor.”

The overarching figure in Desecrations for Rader’s trans-historical and trans-geographical interests is the horse, a creature that turns up in several poems and in a poetic essay, “From The Lives of North American Horses,” near the book’s end. Rader reminds us that the horse evolved in America before crossing into Asia over the Bering land bridge, then became extinct in North America at least seven thousand years ago, only to be reintroduced by European colonizers. Rader also calls our attention to an ancient Hittite manual on horse training in which the author, “it seems, had difficulty finding the words so that others might understand what he understood about horses.” And Rader tells us that all modern-day thoroughbreds are descended from “the same English mares and Arabian stallions that King Henry VIII bred.” As beasts that can be wild, feral, or domesticated, and as a species that has long developed interculturally, horses come to stand in Rader’s work as figures for poetry itself.

For all Rader’s interest in the feral, his poems have a tendency to feel assiduously reined in, as though seeking to capture Robert Frost’s notion of a poet “moving easy in harness.” There is a clear mastery of sound, theme, and poetic form. There are artful touchings-in of confession; an even-handed use of rhyme, alliteration, and assonance; a pleasing cache of recherché words, along with allusions that might send readers heading to Google but that stop short of making the poems impenetrable. In one of the Ireland poems, “Indigenous Cities,” the speaker journeys to the Cliffs of Moher and leans over the edge to look down. Figuratively speaking, many of the poems do the same, peering carefully into the depths. Missing are poems that fling themselves over the precipice and aspire to a miraculous levitation or, at least, a spectacular fall. Rader’s an immensely talented poet, exquisitely alive to nuanced thought, vivid detail, and the music of words. He may be constitutionally unable to write anything resembling a bad poem. Some readers might wish he were willing to risk it, at least, by reaching occasionally for something more outrageous, less in the tradition of the decorous devotee and more in line with the blasphemer or the holy fool. But Desecrations is still a bracing ride, one that performs a fine service in revitalizing language, whether in its most hallowed uses or in its moments of horseplay.