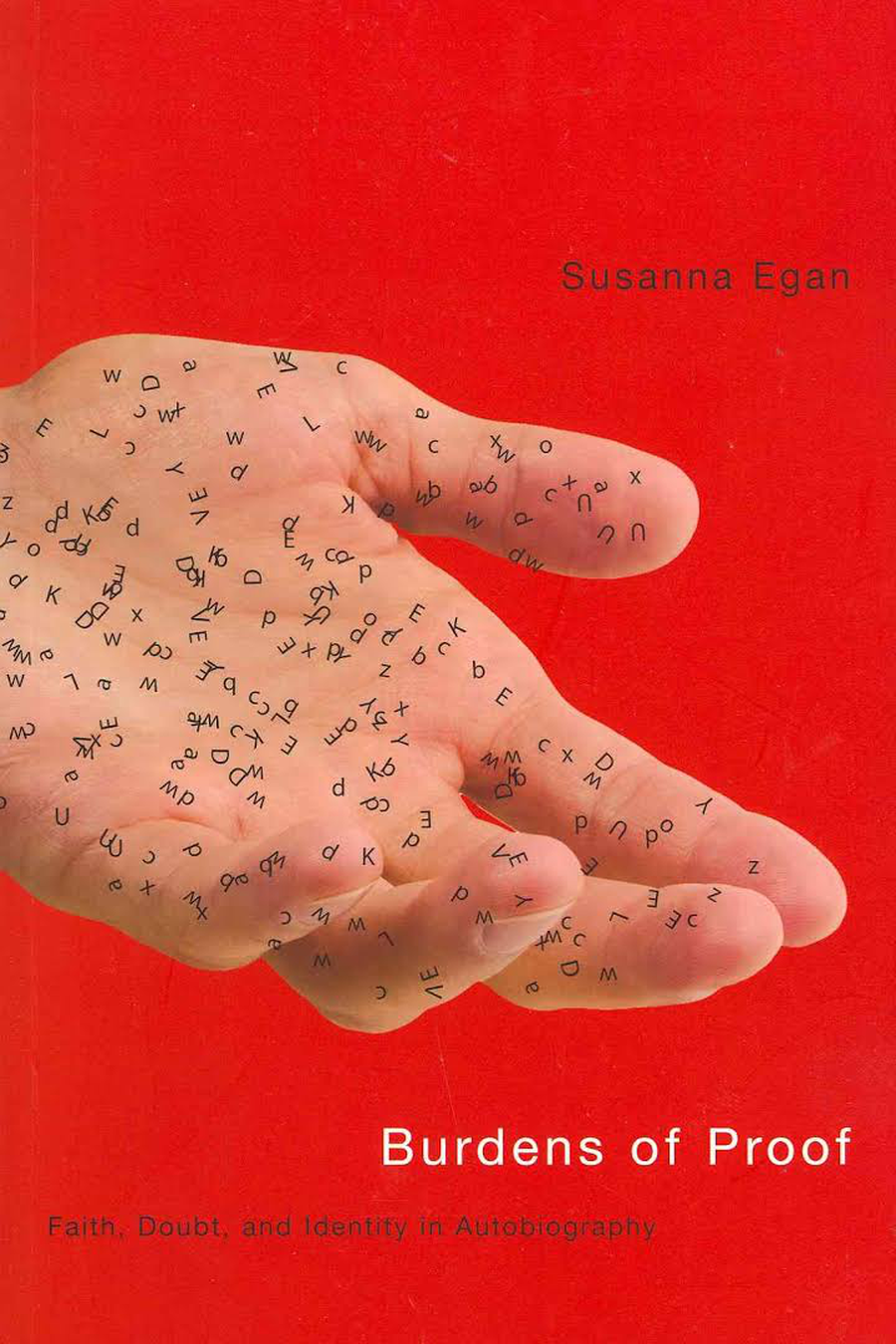 Review of Susanna Egan's Burdens of Proof: Faith, Doubt, and Identity in Autobiography

In this book, Susanna Egan addresses a range of ‘autobiographical impostures,’ from ghost-writing and plagiarized poems to made-up memoirs and invented poets, contending that cases of imposture each exploit a particular cultural crisis, and that we should ask of them: ‘Why this story in this time and place?’ For instance, Egan claims it wasn’t coincidental that in 2003, as Americans were seeking justifications for the invasion of Iraq, a woman named Jumana Hanna made headlines by telling the Washington Post—falsely, it turned out—that she’d been tortured under Saddam Hussein’s regime. Egan insists that ‘impostures are topical and timing is key,’ and that they’re most easily believed when feeding people orthodox stories they want to hear, confirmations of what they already believe.

Such impostures don’t succeed solely based on a single author’s guile. Rather, Egan points out that ‘agents and editors, publishers and reviewers, booksellers, prize adjudicators, reporters, and common readers are complicit in imposture.’ At the very least, they’re negligent in fact-checking, overly credulous, and too eager to profit literally or figuratively from a good yarn. Egan notes that in 2004, Oprah Winfrey initially declared James Frey’s memoir A Million Little Pieces to be ‘all completely true,’ even though her TV program’s producers had been alerted to the book’s fictions. When Winfrey later channelled readers’ outrage by castigating Frey on TV, in part she was indirectly expressing her audience’s—and her own—shamefaced recognition of their complicity.

The first chapter of Egan’s book discusses life-writing scholarship’s insights about truth in autobiography, and the second chapter tracks the development of authorship as a socio-legal concept, but Egan properly hits her stride in later chapters when tackling cases of imposture such as Frey’s. Among others, she considers the Englishman Archibald Belaney, who famously spent most of his adult life pretending to be a First Nations man named Grey Owl. The performative quality of Belaney’s earnest, wholesale imposture reminds us that the line between immoral deception and laudable self-fashioning is not so clear-cut as we might like. Although Egan insists that imposture can be distinguished from everyday ‘lapses or distortions of memory’ and ‘small lies such as creep into every personal story,’ throughout her survey are reminders that even the most ‘honest’ autobiography is chock-a-block with fictions, as narrative structures reshape experience, clichés creep in, the ego dissembles, and language intrinsically recasts reality.

Egan believes that despite such inherent impostures, autobiography has an important social role to play in bearing witness, a role insufficiently filled by historiography and courtroom testimony. She compellingly argues, for instance, that historians of the Holocaust focus unduly on its perpetrators rather than its victims due to a disciplinary distrust of personal testimony. Likewise, she follows Shoshana Felman in asserting that legal trials are structured to generate decisions, not to reveal truth comprehensively. In contrast, Egan celebrates autobiography for introducing readers to ‘lives previously beyond our ken and moments in history that we had previously ignored.’ In that light, Egan worries about impostures making readers cynical about autobiography. However, her references to many cases in which impostures were exposed suggests more optimistically that society has a well-functioning stratum of ‘doubt police’—Egan’s term for those readers who ‘distrust and decode texts, subjecting text (and writer) to close scrutiny,’ and whose vigilance keeps autobiographers more honest than they might be otherwise.

Meanwhile, Egan identifies autobiographical impostures as meeting a public appetite for stories of ‘encumbered identity’: that is, identities ‘associated with clear baggage, clear issues.’ As impostors craft such stories, Egan observes that they tend to propagate essentialist, stereotypical narratives. But then, much ‘honest’ non-fiction also betrays such faults. Not least, autobiographies belonging to the various sub-genres that Egan recognizes as recently in vogue—from ‘atrocity porn’ to ‘medical misery’ narratives—risk being formulaic. For instance, Egan observes that one such sub-genre, the ‘addiction story,’ tends to present a neat ‘arc of redemption that follows appalling abasement.’ When autobiography is so generic, in a non-trivial sense it’s an imposture, too, no matter how factual the events it narrates. As a result, Egan’s ethical concern is also an aesthetic concern, and her book is an implicit call for readers to demand not just more truthful autobiographies but also better written ones.