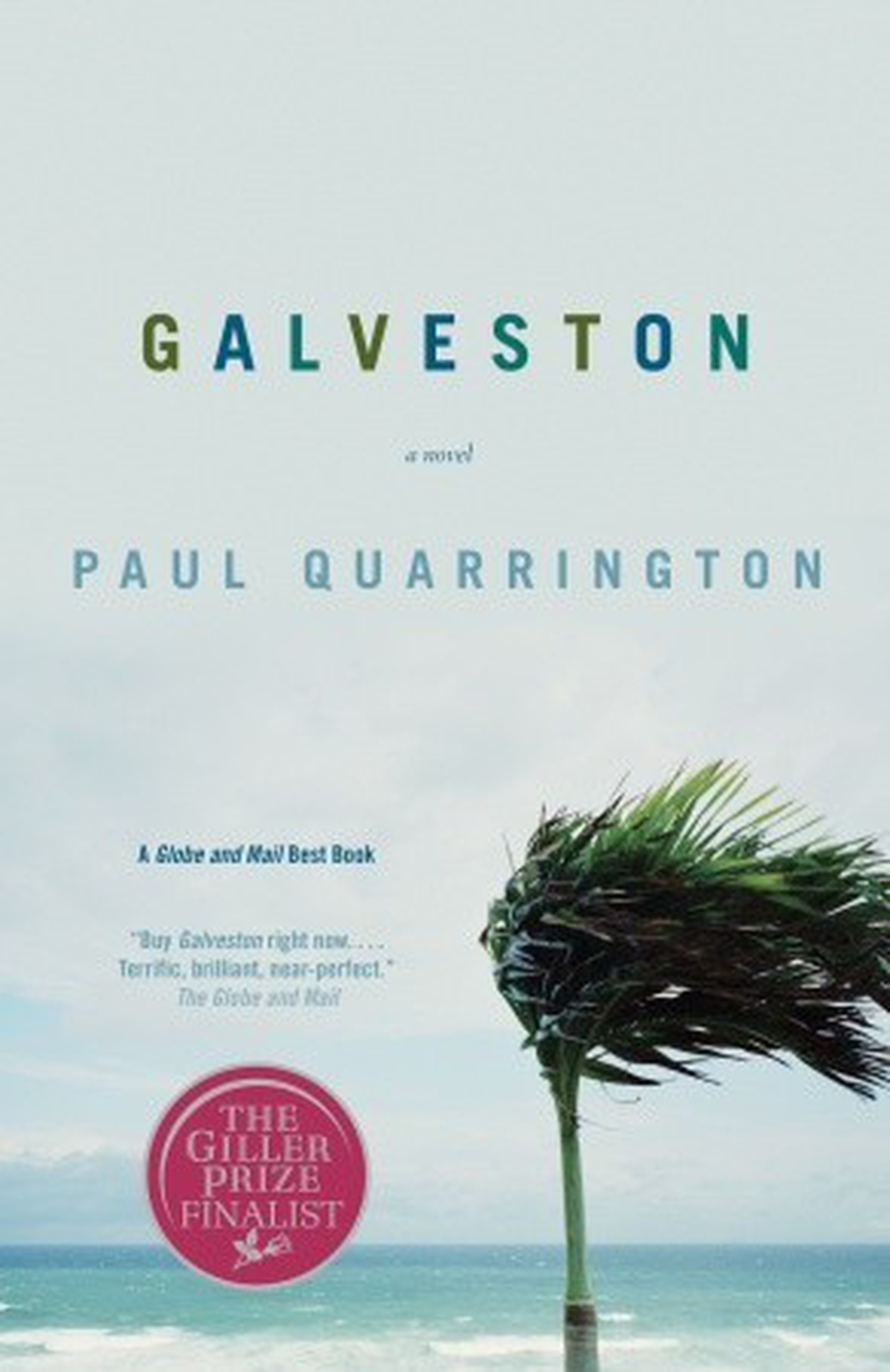 A High Wind in Can. Lit.

At a recent gathering of Margaret Atwood scholars in Ottawa there was some debate about the relative lack of attention to her 1981 novel Bodily Harm, which is set on the fictional island of St. Antoine and blends political thriller with postcolonial critique. Had Atwood strayed too far from her usual terrain, or were current Canadianist paradigms simply unable to accommodate fiction written by a white Ontarian about the Caribbean?

It will be interesting to see whether a similar fate greets Paul Quarrington’s Galveston, a novel that adds tiny Dampier’s Cay to an archipelago of imagined Caribbean islands stretching at least as far back as Caliban’s. Indeed, Shakespeare seems particularly relevant here, since it’s a tempest that threatens Dampier’s Cay and attracts two emotionally scarred “weather weenies” from southern Ontario, Caldwell and Beverley, who share a desire to face the storm head on. Their meeting on the island and reasons for the trip constitute the substance of the tale.

In this respect, Dampier’s Cay is less postcolonial symbol than symbolic topography. Like Crusoe’s island or Dr. Moreau’s, it represents the world in miniature, and events there take on a cosmic resonance. Like Jonah or Ahab before them, Beverley and Caldwell confront not only the universe but also their place in it—and, by extension, our own. The conclusion Galveston offers isn’t cheery; the book’s apocalyptic overtones range from evocations of Noah and the biblical flood to the novel’s title, which refers ponderously to a Texas city wiped out by deluge.

While Galveston’s literary pedigree is clear, Quarrington is just as much indebted to a tradition of Hollywood disaster movies: not only the blockbusters like Twister, but also films such as Key Largo and A High Wind in Jamaica that feature hurricanes in the Gulf of Mexico. And Galveston is intensely cinematic, from its snappy dialogue and highly visual set-pieces to its flashbacks and stock characters. Of the few people we meet in this novel, Quarrington gives only Beverley and Caldwell significant personal histories. Even Jimmy Newton, an American hurricane-chaser who occupies centre stage for much of the book, seems on hand principally to keep the plot going and offer meteorological trivia.

The effect of this focus is to shrink a small world even further. Nevertheless, close attention to the psyches of Beverley and Caldwell creates more, not less, bewilderment in the face of the storm. What are we to make of the fact that Beverley began searching out tornadoes after her daughter’s drowning was caused by the “cyclonic action” of a swimming pool’s intake valve? Or the fact that Caldwell spends his days hoping to be struck by lightning after he’s beaten the odds twice in one day, both winning the lottery and losing his family in a car accident? Whether Quarrington is parodying the melodramatic motivations of such characters in disaster films or sacrificing plausibility for the sake of symbolism, Galveston seems on more stable ground in its lively descriptions of the climactic hurricane, which demonstrate that even the most expensive computer-generated effects can pale beside the written word.