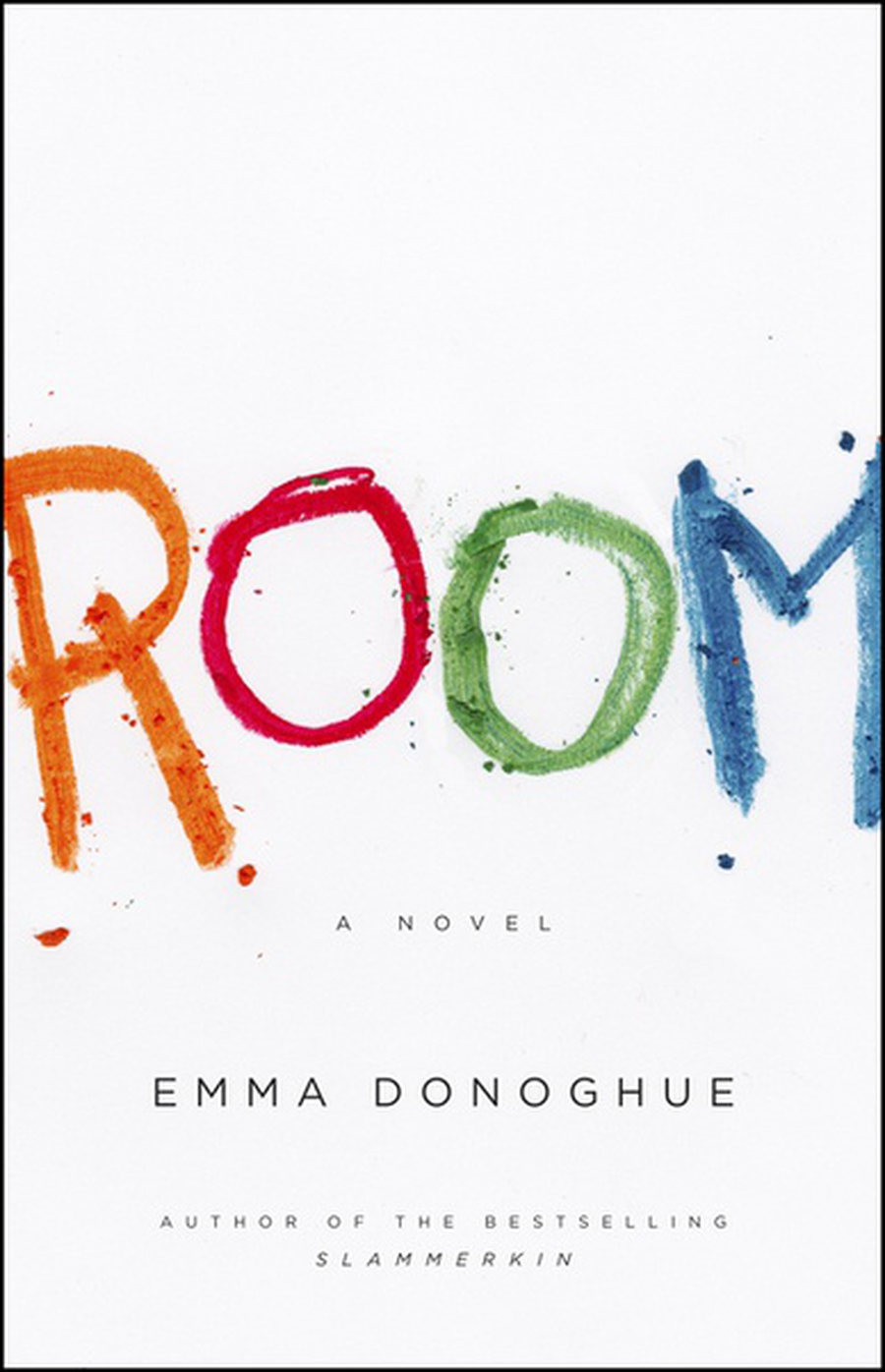 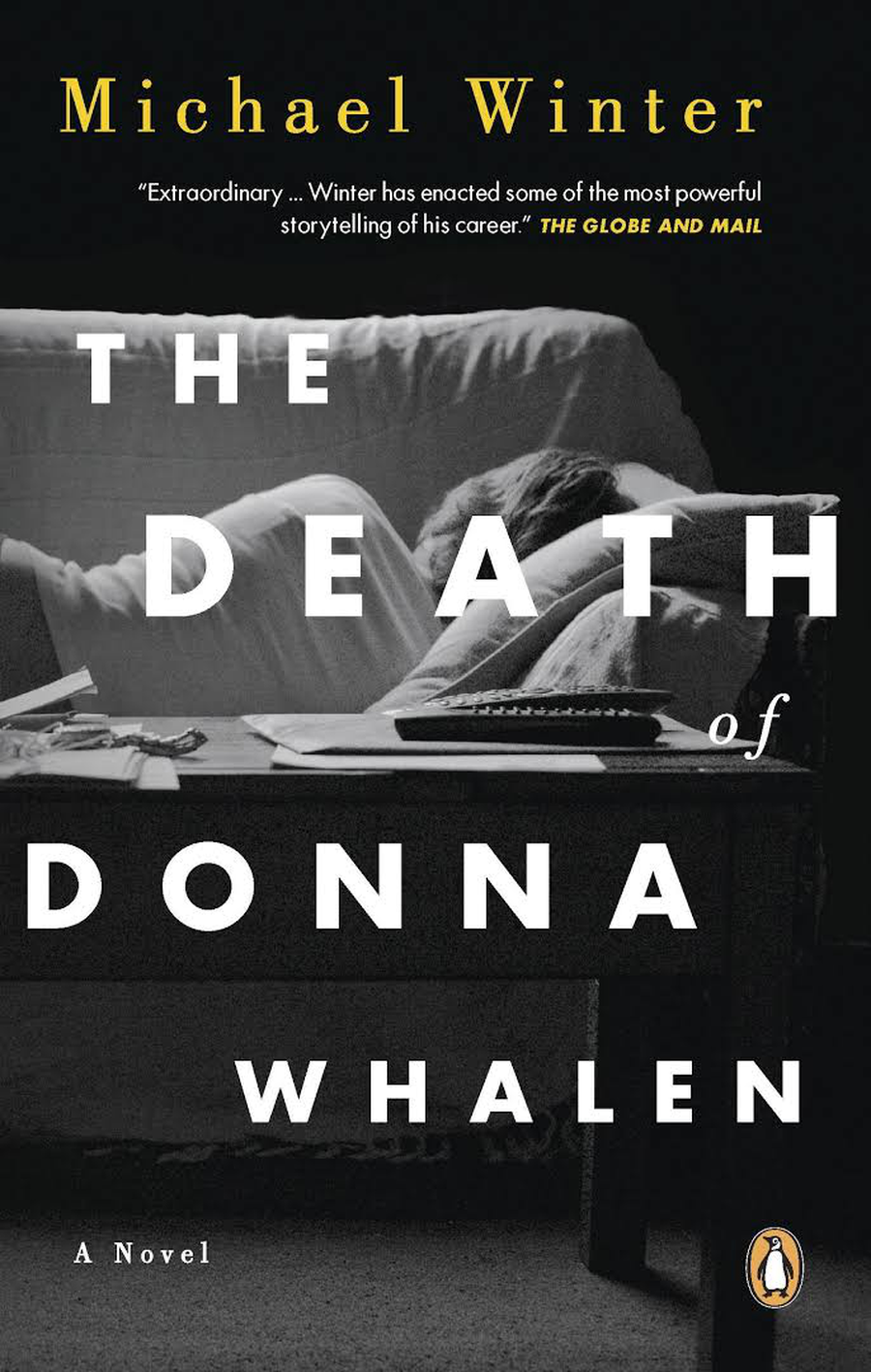 The Death of Donna Whalen and Room are based on sensational real-life crimes, but both narratives suggest that no crimes are so remarkable as the everyday ones in which we are all implicated.

Michael Winter’s foreword to The Death of Donna Whalen explains his compositional method: drawing on public records relating to a murder in contemporary St John’s, he has transformed what he found there by changing names, shifting first-person accounts into third-person focalized narration, and condensing thousands of pages of transcripts into a series of short testimonials from the people involved. Through their voices the case unfolds: Donna Whalen has been stabbed multiply in her home while her children slept; her lover Sheldon Troke, member of a St John’s family well known to the police, insists on his innocence but is immediately condemned by investigators and public opinion alike.

Winter compares his novel’s polyphonic form to the sequenced confessions of William Faulkner’s As I Lay Dying, but there are some key differences. Not least, Winter’s novel eschews interior monologue in favour of public testimony. As a consequence, The Death of Donna Whalen foregrounds storytelling as a form of civic action, a mode of performance involving rhetorical flair and the creation of social personae. For instance, when Donna’s downstairs neighbour Ruth recalls the night of the murder, she recollects not only what she’s overheard above her but also her own incidental bickering with her husband Pat. Ruth remembers saying: “[O]h, Jesus, he got the heat on again. I’m going to kill him in the morning." She goes on to explain that “[s]he was on the pissy side. Most married couples fight over money, Ruth and Pat fight over heat like the devil.” In this way, characters in the novel testify less about the case than about the sometimes comic, sometimes heartbreaking details of their lives

Accordingly, the titular event in The Death of Donna Whalen becomes the catalyst for exploring the conditions under which such a crime takes place. The novel’s real revelation is that the murder doesn’t upend daily life for the community so much as hyperbolize it. The people who move in Donna and Sheldon’s circle are already well acquainted with gossip and mutual suspicion. Even before the murder, characters engage in informal social policing, from Donna, who surreptitiously tapes Sheldon’s rants at her, to the local Wendy’s drive-through operator who leans over to smell customers’ breath and calls the cops if he detects alcohol.

Moreover, characters bully and lie to each other well before detectives’ questions seemingly prompt some of them to start fabricating stories and intimidating witnesses. The characters’ earlier, everyday mistruths and threats are of the sort many people might expect to get away with: misleading a partner about when exactly you headed home for the night; saying you feel like you could kill someone. The inspection of such remarks in a murder case, though, casts them in a different light and provides a certain thrill for readers by playing on our fear that even words spoken privately, in the heat of a moment, can and will be used against us.

Such hyperbolization of quotidian anxieties is part of crime fiction’s appeal. We read it not only to enjoy the catharsis of justice served or to engage in playful ratiocination. We also want to hone our social skills of second-guessing people’s claims, identifying lies, turning others’ self-serving facts into self-betraying clues. We’re fascinated by the ways in which criminal investigations force into public those details of private life that are otherwise only obliquely glanced at, partially overheard. In crime fiction we confront the violence and chaos that can erupt in ordinary life or are already there, undocumented. We’re offered foils who act on our own taboo desires or dramatically counterpoint our venial transgressions. Reading about the suspects and accused, we imagine how we’d fare if we were under similar scrutiny, and we get to be glad we’re not the ones being interrogated.

What’s more, in a novel such as The Death of Donna Whalen we learn how people speak about others and themselves when under pressure to bear witness. Indeed, Winter gives us a picture of a community that is all the time confessing, even before its members are confronted by the law. Whether to friends, family, counsellors, or doctors, they speak to establish themselves before the world, to be heard and believed. But the novel’s polyphonic structure destabilizes the authority of any one voice, so that by the end, when a seemingly authorial narrator offers startling, case-changing revelations, readers may be wont to distrust the move toward closure and wonder instead about this voice’s own interests and careful concealments.

Emma Donoghue’s Room is equally attentive to the unselfconscious revelations and unreliability of testimonial voices, but it explores these matters through a single monologue by a five-year-old named Jack. He was born to a young woman whom he calls “Ma,” and who has been held captive seven years in a small room, never allowed to leave. Jack has spent his whole life there with her, knowing no other human beings except their captor, whom Jack calls “Old Nick,” and who appears occasionally to rape his mother as well as bestow provisions. In these details the scenario echoes certain real-life stories, not least the recent case of an Austrian woman imprisoned by her father for twenty-four years. At the same time, the novel takes on the dimensions of a fairy tale.

The first half of the narrative renders vividly Jack’s life in the place he calls “Room,” which strikingly for him is a locus of plenitude, not privation, as he shares with Ma a dyadic relationship of mutual devotion, such that we’re surely meant to read “Room” as “Womb.” Although one might be tempted to compare Jack and Ma to Vladimir and Estragon in Waiting for Godot, amusing and consoling each other in their existential limbo, for Jack they’re more like Adam and Eve enjoying prelapsarian bliss.

Accordingly, when Jack and Ma eventually escape halfway through the novel, Room turns to examining what it means for each of them to leave the place behind. Jack’s challenge is not only to familiarize himself with the world that lies beyond Room; he must also confront his increasing separation from his mother. As for Ma, she has to re-establish relations with family members who gave her up for dead, and she has to reorient herself toward Jack, who until now has been her sole support, but who is ill-equipped to handle the traumatic memories and violent thoughts she finds herself confessing to him. Ma’s newfound freedom brings with it a confusion about what kind of stories she’s free to tell her son, what kind of norms need to be established.

The novel is itself most normal and contentious in its implicit idealization of the mother-child dyad. For instance, in a TV interview after their escape, Ma insists that Jack was only a source of love and comfort for her; she claims that his birth meant “I was alive again, I mattered.” There’s one brief moment late in the novel when Ma threatens to become less of a cheerleader for maternity than she has been, declaring to Jack in a moment of upset: “If for once in your life you thought about me instead of—” But neither she nor the novel can finish the thought. Instead there are mere glimpses of less idyllic aspects of parenthood, as when Jack recognizes in Room that Ma doesn’t always share his energy for play, observing, “She gets sick of things fast, it’s from being an adult.” If Jack’s detailed evocations of his life’s minutiae in Room occasionally tax the reader, too, his excessiveness serves as a reminder that for grown-ups, while gaining a child’s undivided attention can be an honour and delight, it can also involve a certain exhausting demand.

Otherwise, Jack’s vivid descriptions of Room—with all its intimate pleasures and Gothic awfulness—make this novel keenly compelling, as do his subsequent attempts to comprehend the world outside. The pace slows near the end in a sequence involving Jack at his grandparents’, for the first time living away from his mother, but if these passages seem relatively prosaic, that’s precisely the point. In leaving the infant-like dyad with Ma he has enjoyed for such a long period, Jack is becoming a more prosaic, normal boy. It’s left for readers to decide whether this increasingly ordinary life is a fairy-tale happy ending for Jack, a tragedy, or just an inevitable part of growing up, that crime of which we are all victims and perpetrators.