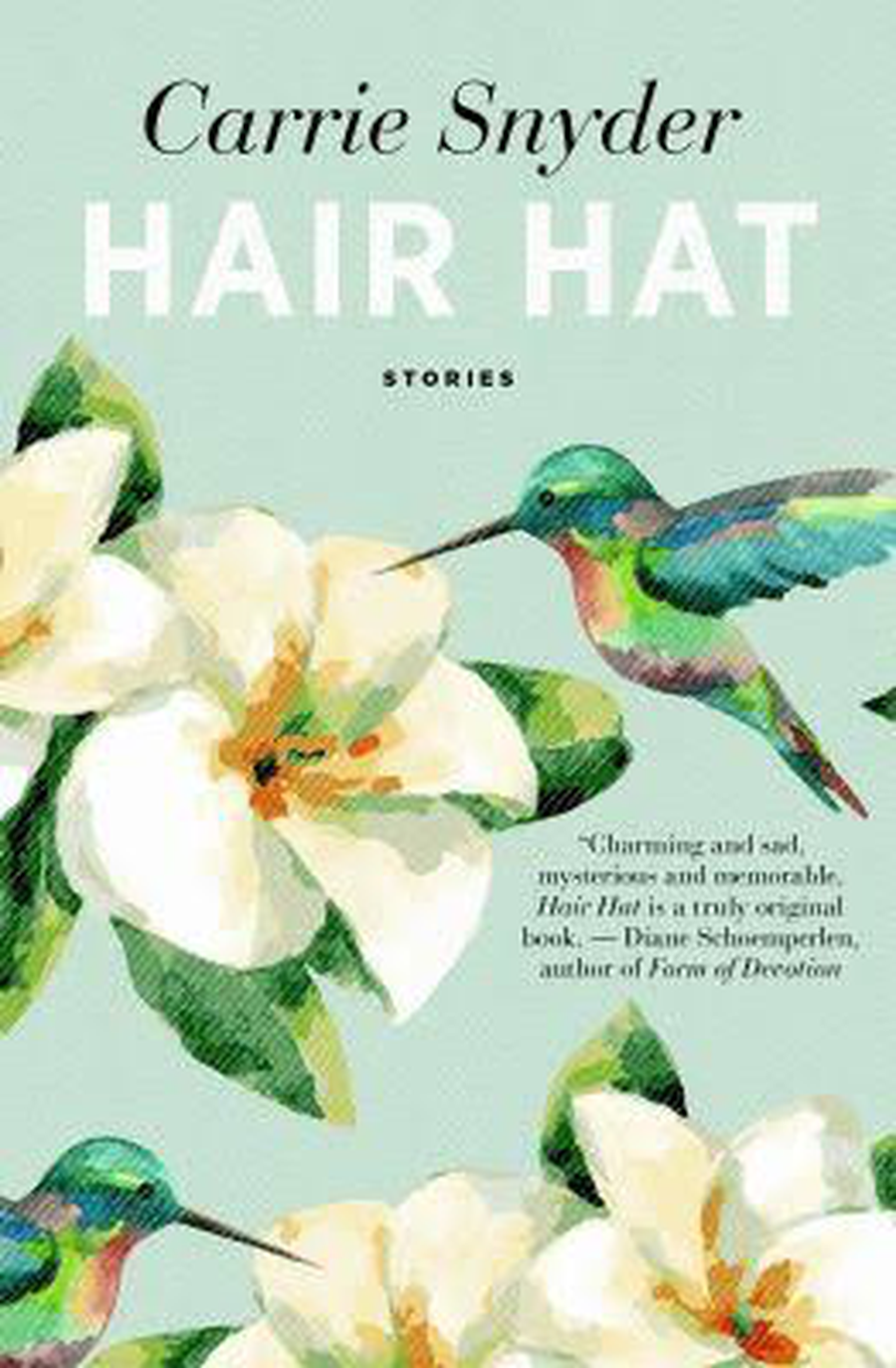 Whether sprouting from heads, legs or knuckles, there’s a lot of hair in Hair Hat, Carrie Snyder’s debut collection of short fiction, and seldom is its appearance innocent. But then, these days we know that hair isn’t just hair. Our entire genetic record is bound up in a single follicle, and yet innocently we drop hundreds daily, leaving behind us a trail of DNA fingerprints that’s both banal and magical. This double nature of the everyday is captured adeptly by Snyder as she offers us portraits of ordinary lives that twist unexpectedly to show us the ruptures and traumas just below the surface of things.

The eleven stories in Hair Hat feature eleven narrators, all of whom themselves undergo a change in perspective as they encounter in turn the same figure: an elusive man with a head of hair that resembles a hat. It’s a bizarre, seemingly whimsical image to hold together a book, but it resonates with increasing intensity as the stories progress. Whenever hair is flicked, shorn, pulled or braided in Hair Hat, we sense its symbolic weight, its attendant rites and social meaning, its history as an object of desire—or as something more sombre. In the fine opening story, “Yellow Cherries,” a young girl’s locks scratch at her like a hair shirt, punishing her for a past action that haunts her, while repeatedly in this book Snyder reminds us that hair, kept in lockets or grown long in mourning, can be a reminder of the dead.

The titular hat-like hair in Hair Hat is also a figure for this collection itself. Deftly plaiting together different strands, the book examines separate lives that are nevertheless complicatedly knotted together. Snyder gives us stories that are each evocative on their own, but she manages also to bind them into a larger, thoroughly readable whole.