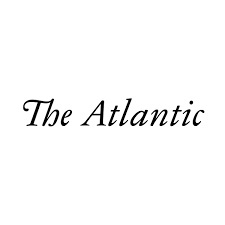 Outtake from "Something Something Alice Munro"

Today, preparing to speak with a colleague's Creative Writing class about my short story "Something Something Alice Munro," I happened upon this passage that didn't make it into the published version:

Lately, Nessa and Hadi had been playing a game of their invention that they called “Alice Munro.” It involved working into everyday speech as many titles as possible from stories written by Alice Munro. A result was that certain subjects of conversation had become unexpectedly popular between them, such as gravel, the moons of Jupiter, and bears that went over mountains, and the two of them were always referring to something they’d been meaning to tell each other, and they were always asking one another who they thought they were, and the answer to that question was always Alice Munro. One reason that Nessa enjoyed playing the game was that Hadi didn't actually know many of Munro's stories, so he frequently evoked the same few titles, including “The Love of a Good Woman,” a phrase that Nessa liked hearing him work into their day, although he often uttered it with the same troubling irony that she assumed was there in its use by Alice Munro.

You can read the published story here.