Many authors have been accused of betraying their loved ones by turning them into fictional characters. In The Treacherous Imagination, Robert McGill examines the ethics of writing such stories. He argues that while fiction has long appealed to readers with its narratives of private life, contemporary autobiographical fiction channels a widespread ambivalence about the value of telling all in a confessional age—an age in which fiction has an unprecedented power to leave people feeling libeled or exposed when they recognize themselves in it.

Observing that the interests of authors and their loved ones in such cases are often less divergent than they appear, McGill assess strategies by which both parties might use fiction not to hurt each other but to revise and revitalize intimacy. Discussing authors such as Philip Roth, Alice Munro, A. S. Byatt, and Hanif Kureishi, McGill questions whether people should always require exclusivity of each other with regard to the stories they tell about private life. Instead, authors and their intimates might jointly embrace fiction’s playful, transgressive qualities, even while reexamining the significance of that fiction’s intimations.

In treating autobiographical fiction as both a willful public indiscretion and a mediator of intimate relations, The Treacherous Imagination provides a comprehensive account of the various potentials that fiction holds to harm and to help those who write it, those who read it, and those who see themselves in it.

Read an excerpt from the book here. 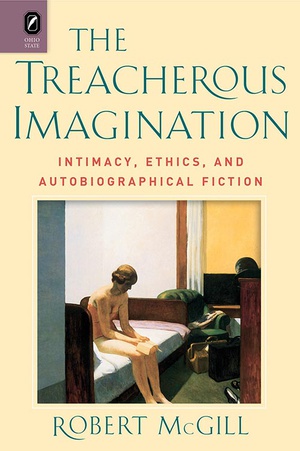 "McGill is excellent in threading his way through the maze of conflicting claims made by writers defending their right to choose what to write and aggrieved readers who feel unfairly represented, betrayed, or violated. He . . . has carefully examined and thoroughly contextualized an effect of fiction often relegated to literary gossip or scholars’ entertainment."

“Robert McGill highlights and explores the consequences of the inclusion in fiction of characters and situations from the author’s life in such a way as to reveal or betray secrets that may be hurtful to close friends, family members, and partners. This is a topic not much explored—or not systematically explored—in criticism to date. And McGill covers it comprehensively, intelligently, and even-handedly.”

“Robert McGill is very much in charge of this project, clear about its aims and expert in its execution. I see three primary strengths in this book: its contribution to the study of genre, to the use of paratext in literary interpretation, and, more generally, to the understanding of literature and ethics. And McGill’s prose is clear, accessible, and absorbing.”

Paul John Eakin, author of Living Autobiographically: How We Create Identity in Narrative